By Frances Mulraney For Dailymail.com

Tiger Woods‘ ex-girlfriend Lindsey Vonn has reacted to the news that he was in a serious car accident and rushed into surgery on Tuesday in a social media post.

Woods is undergoing surgery after sustaining ‘multiple leg injuries’ in a serious car crash in Los Angeles on Tuesday morning.

The 45-year-old golfer was driving alone near Rancho Palos Verdes when his Genesis GV80 flipped over at 7.12am.

Firefighters had to use a device known as the ‘jaws of life’ to break open the car and rescue the PGA legend.

Tiger Woods’ ex-girlfriend Lindsey Vonn has reacted to the news that he was in a serious car accident and rushed into surgery on Tuesday in a social media post, pictufred above

He was then taken to an unspecified L.A. hospital where he is now undergoing surgery to correct ‘multiple injuries’ on both his legs, his agent Mark Steinberg said in a statement shortly after the crash.

Vonn, 36, and Woods dated for around three years before their 2015 split. She said that the breakup was ‘mutual’.

‘After nearly three years together, Tiger and I have mutually decided to end our relationship,’ Vonn said at the time. 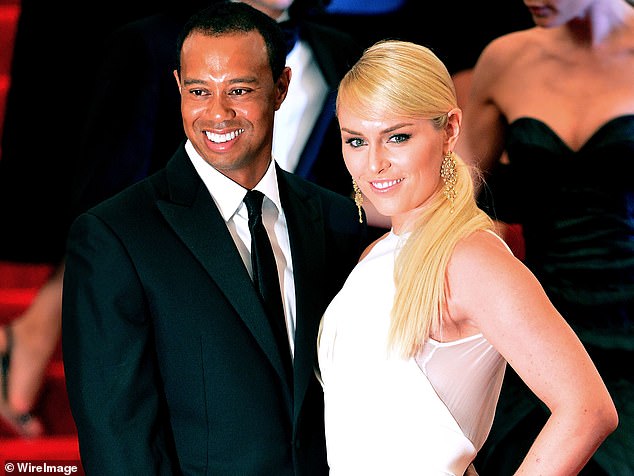 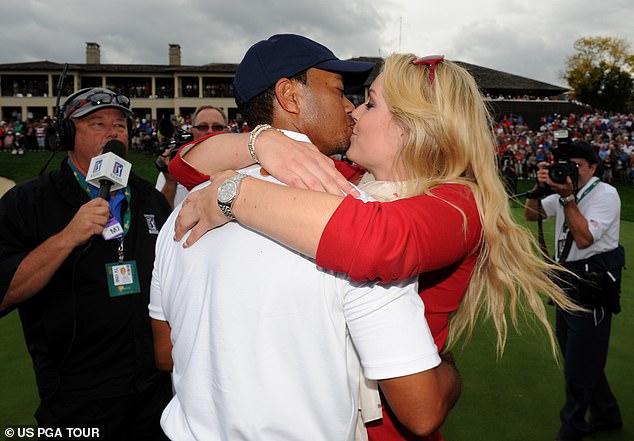 Vonn continued to express support for Woods after their break-up and claimed ‘we’re friends’. They are pictured celebrated at The Presidents Cup in Ohio in 2013

‘I will always cherish the memories that we’ve created together. Unfortunately, we both lead incredibly hectic lives that force us to spend a majority of our time apart. I will always admire and respect Tiger. He and his beautiful family will always hold a special place in my heart.’

Vonn also expressed her continued admiration for Woods in 2018 as his golf career experienced a resurgence.

‘I support him. We’re friends, we congratulate each other … it’s really nice to see him playing so well again,’ she said.

Vonn was later engaged to New Jersey Devils defenseman P.K. Subban but they also announced their split in December and placed their $7.175 million Beverly Hills home up for sale this week.

The Olympic gold medalist, 36, began dating the NHL ice hockey star, 31, in 2018 before they bought the Beverly Hills property together a short time thereafter. 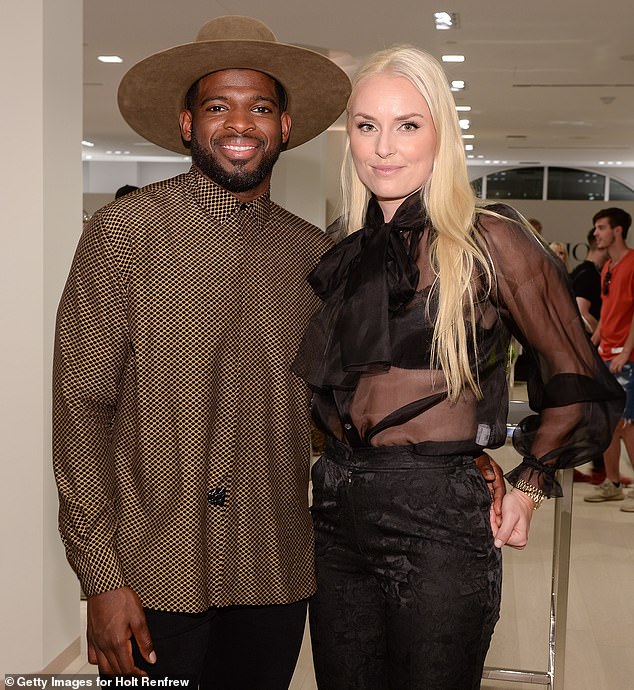 Vonn, 36, began dating Subban ,31, back in 2018 before they bought the Beverly Hills property together a short time thereafter. They are pictured together in August 2019