By Christine Rendon For Dailymail.com

La La Anthony threatened to steal the spotlight as she grabbed dinner with her newly single friend Kim Kardashian on Tuesday night.

The star, 39, put on a very leggy display in a satin grey mini as she arrived to Beverly Hills hotspot Matsuhisa.

The curve-hugging frock clung to every inch of La La’s frame as she strutted maskless through the eatery.

She polished off her complexion with a bronzed touch of eye shadow and a dewy glow upon her cheeks.

Injecting even more glamour into her look, La La worked a clear pair of studded high heels and an incredible manicure.

The evening was a who’s who of the Kardashian world, with Stephanie Shepherd and Kourtney also tagging along for the evening. 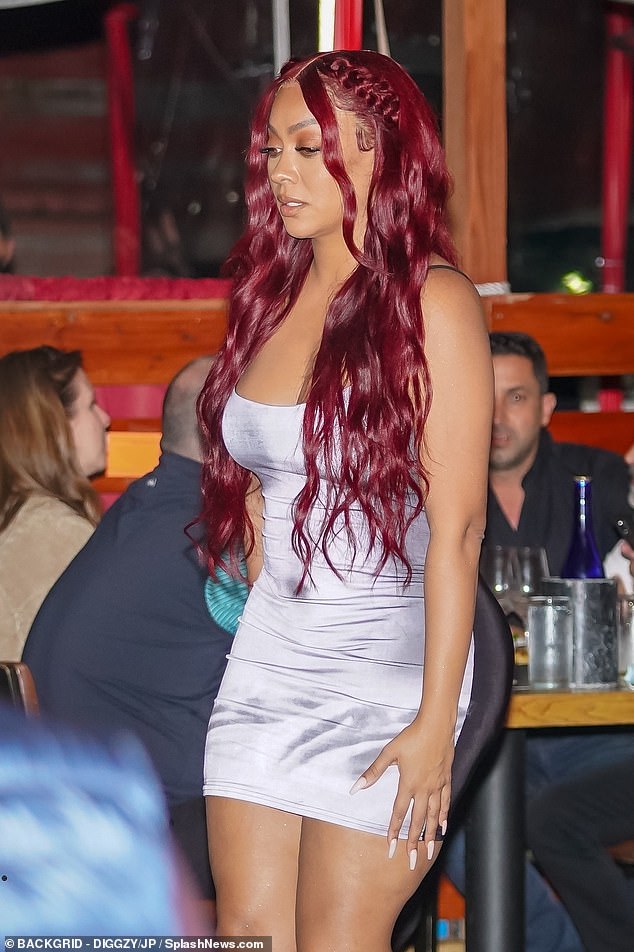 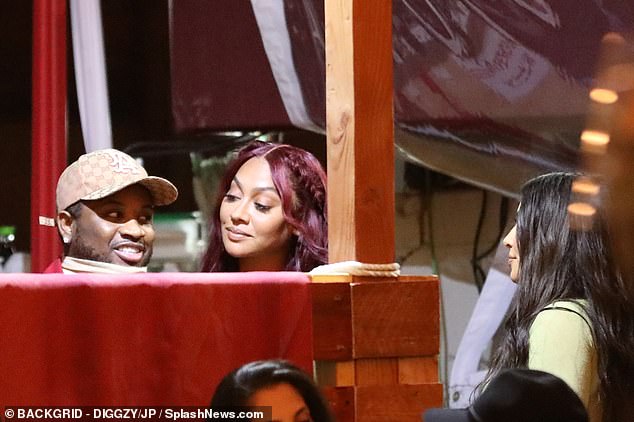 Chatting away: The girls enjoyed the company of Anthony’s hairstylist Tae 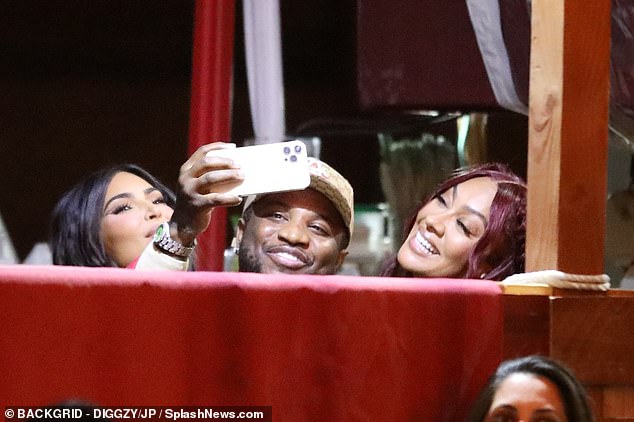 Smile! The trio couldn’t have looked any happier posing for the camera

Inside the restaurant, La La and her pals had a blast hanging out, taking selfies, and letting go of the past week.

Indeed, it has been a doozy for Kim, who is back on the market after filing for divorce from Kanye West.

The exes want their main priority to be their four children. 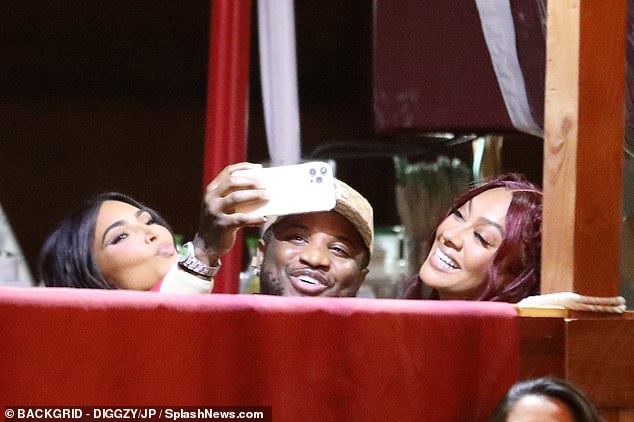 A source told E! News: ‘Kim thinks it’s important that the kids have a relationship with their dad and that he is a big part of their lives. For now, the kids have primarily been with Kim and living at the house.

‘Any time Kanye wants to see them, he can. She is not stopping him. Kim is not sure what the future will be like, but she has made it clear to Kanye that he is welcome to spend time with them whenever he wants.’

And Kim and Kanye are trying to be ‘normal’ for the sake of their kids.

The insider told the site: ‘Things are as normal as they can be for the kids.

‘Both parents are spending time with the kids and doing their best to make sure they’re not being affected by this change.’ 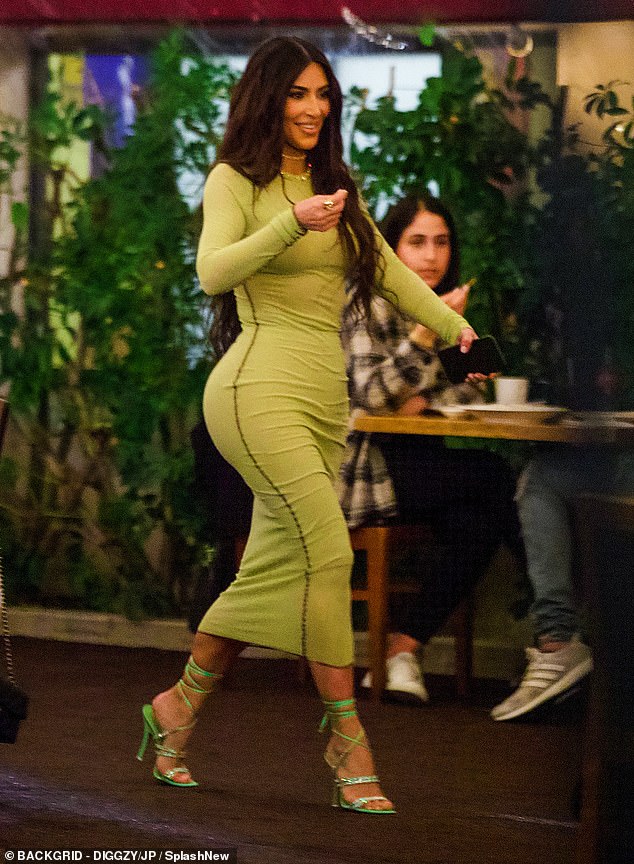 Back on the market: Kim made her grand entrance in a figure-hugging lime green dress with strappy heels