Fauci says life IS returning to normal and wants to let vaccinated people socialize: US reports less than 15k deaths in a week for first time in 2021 and hospitalizations drop to lowest point since November 4

By Harriet Alexander For Dailymail.com

Dr Anthony Fauci has revealed that there have been ‘very serious discussions’ between the White House and the Centers for Disease Control and Prevention about allowing people who have received their full course of COVID-19 vaccinations to socialize together.

His words gave rise to hope that the days of forced quarantines, social distancing and mask wearing in private spaces could soon be numbered.

‘I think what you’re going to start seeing really soon – we’ve had some very serious discussions with our colleagues at the CDC – is: what happens when you get two vaccinated people,’ he told CNN‘s Chris Cuomo on Thursday night.

‘Back before they were vaccinated, if they wanted to come to visit you, they would have to quarantine for a while, get tested, wear a mask.

‘What we are saying right now  – even though it’s not backed by data, it’s backed by common sense – if you have two vaccinated people and they want to get together, … the risk is not zero, the risk becomes extremely low.’

Fauci said that the realization of the vaccine’s power to change ordinary interactions with friends and family members will likely encourage people to get vaccinated.

He said that, once his daughter has had both her jabs, as he has, he will invite her over ‘and give her a big hug’ – something he has not done in a year.

‘So we’re going to start seeing people saying: hey, the more people who get vaccinated, I can have dinner with my family member who comes in, I can go see my mother, if she’s vaccinated.’ 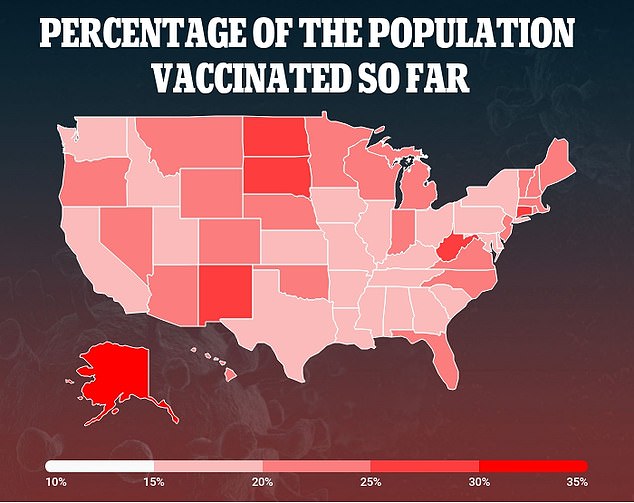 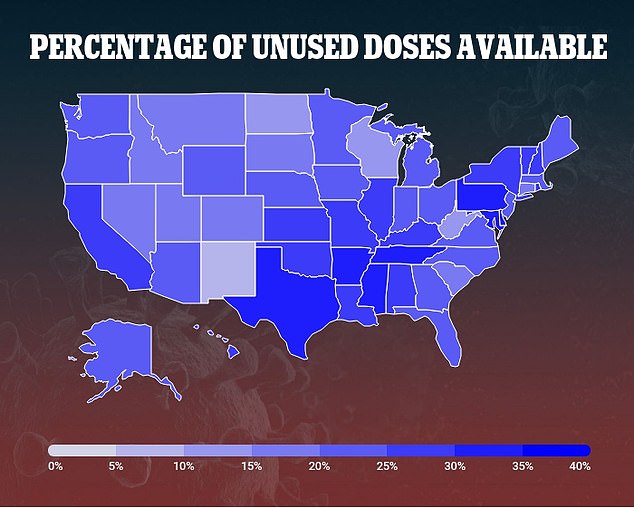 Asked by Cuomo whether he expected to see restaurants, airlines and employers asking for some sort of vaccination ‘passport’, Fauci replied: ‘I think you’re going to see a gradual increment of that.’

He added: ‘There will be a benefit personally, socially and from a public health standpoint.’

Fauci spoke as the number of people currently hospitalized with COVID-19 fell to its lowest level since November 4, according to The COVID Tracking Project.

Their data from Thursday showed that hospitalizations decreased again, as they have every day since January 12, 2021.

Nationwide there are currently 52,669 hospitalized, and on Thursday 2,332 COVID-19 deaths were recorded. 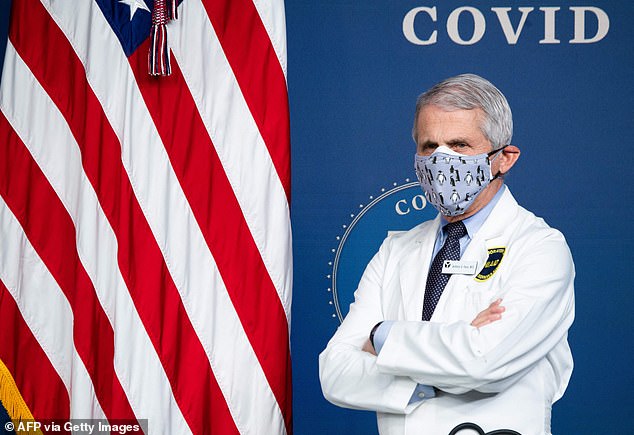 On Thursday, as Fauci spoke, hospitalizations were at their lowest level since November 4 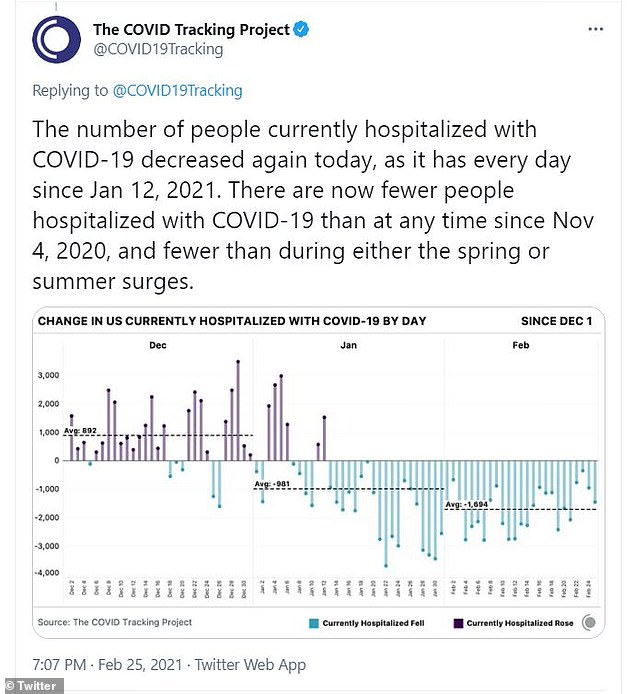 Fauci said that, while vaccinations were certainly helping bring the pandemic under control, they were not the only thing.

‘I don’t think it’s the single factor. I think it’s a combination of things,’ he said, noting that the spike in December and January was caused by unsafe behavior such as travel for the holidays, which has now lessened.

And he said that people were right to be concerned about mutations, but the key to stopping mutation was to stop the spread.

‘The best way to prevent the emergence of further variants is to stop their spread,’ he said.

‘Viruses don’t mutate unless they are spreading.

Fauci said that a vaccine would provide a level of antibodies that was a ‘cushion’ – despite not being specifically tailored to the mutation.

‘The higher the level of protection, there’s a spillover, if you like,’ he said. 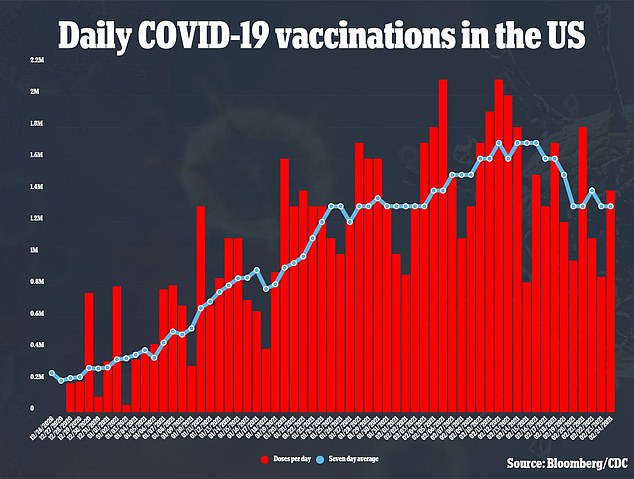